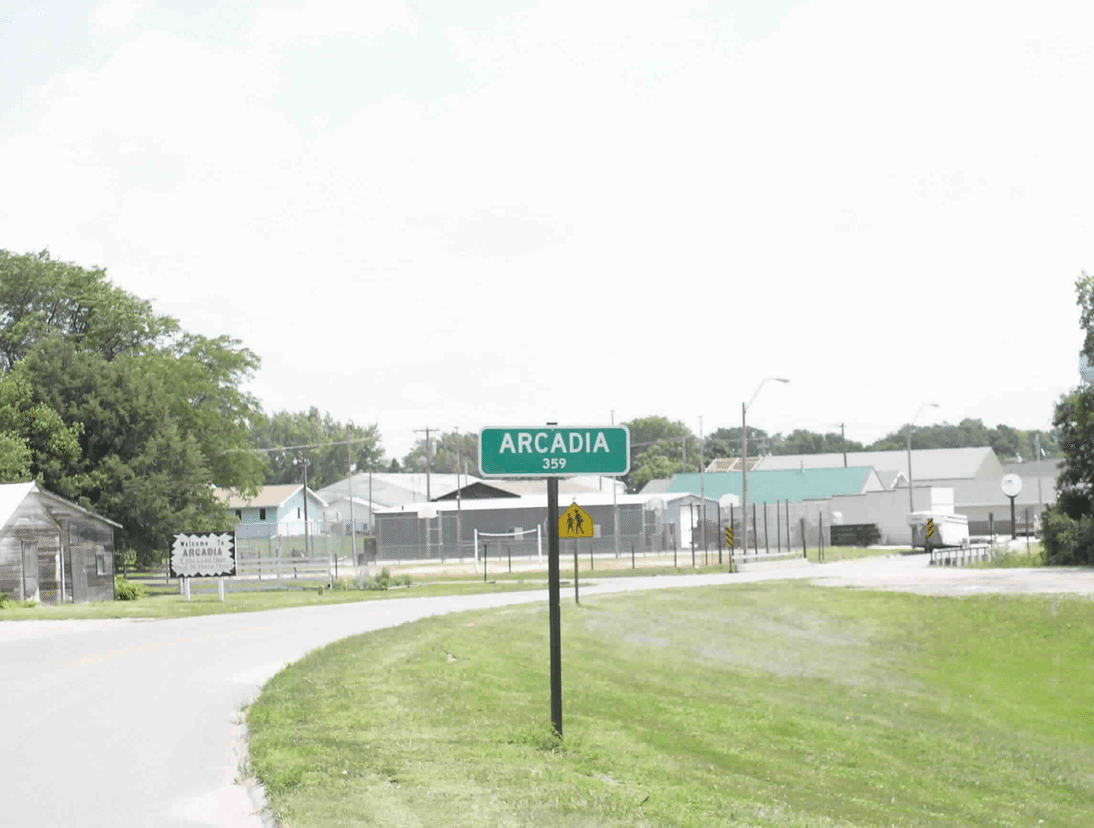 Arcadia, Nebr., which has a population of 359, is located in Valley County near the Middle Loup River on Highway 70 between Ord and Broken Bow. Arcadia is an hour northwest of Grand Island and Kearney. The town was laid out in 1885. it was named by Mrs. Samuel Hawthorne, an early Postmaster. The name moans a region or scene of simple pleasure and quiet

As the population grew, churches and schools were built. Congregations were established in the 1880’s for Methodist, Congregational, Catholic and Baptist denominations. Eventually, churches were constructed in the town proper. An independent Bible Church was also later organized. The Catholic Church was destroyed in the 1974 tornado. In 1933, the school house burned and was replaced by the present structure. Pioneer spirit has kept Arcadia alive. Many third, fourth, and fifth generation families still reside there.

Visit Arcadia on the World Wide Web at http://www.arcadiane.com/