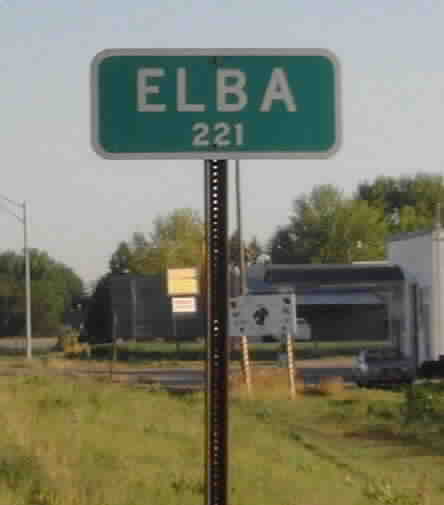 Elba originated like many in Nebraska during the 1880s. As the state became settled with those who wanted a new life, there was a need for supplies, services, and mail. A post office was established at “Wola,” northwest of St. Paul. However, when the Union Pacific Railroad was extended along the river to North Loup, Wola was by-passed. Created instead was a new town near the “elbow of the river” that was called “Elba.”

Platted on Ed Cook’s homestead, Elba was born on March 6, 1882. The depot was just a boxcar, but soon there were stockyards, and a bridge across the river so farmers had easy access to markets and supplies. As a result, Elba grew healthy and strong.

An error was found in the town’s “birth certificate” (plat) in 1884. It took two town leaders, a couple of politicians, and a legislative act to correct the mistake.

Within the next few years the town experienced “growing pains” relating to the needs for schooling, fire protection, and general law-and-order. When Mother Nature was kind, the community was well nourished and grew. When drought, blizzards, and other natural disasters struck, the whole town was “poorly.”

Near the end of the 19th Century, Elba had more than 30 businesses, plus a butter and cheese factory. There was a Polish newspaper, a land office, and an attorney. The United Brethren and the Catholics had built churches, and the Methodists held regular services in homes or meeting halls. Businesses came and went — some remaining for several years, others failed and moved on. 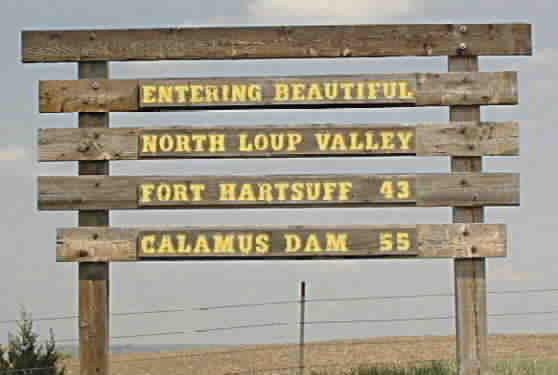 Various epidemics took their toll in the community. Scarlet fever took four Sumovich children in one week, and their mother the next. Anton Spilinek was left to raise 10 children when his wife died of influenza. But not all of life was doom and gloom. A local pasture frequently became a ballfield. Major league player, Grover Cleveland Alexander, began his career with the Elba team.

The invention of the automobile allowed rural folks greater mobility. Small towns prospered with the additional activity, even though most people still took the train when going very far. The Farmers Elevator incorporated, and other businesses enlarged and remodeled. The town enjoyed “good health” but was growing more slowly.

Things didn’t change much until the United States entered World War I. Economically, times were hard during and immediately following the war. Coal and other items were in short supply. The 1920s saw expansion, and Elba’s school consolidated with nearby districts, adding a full high school with proper buildings. Bowling became popular and the opera house enjoyed much success, especially when a traveling show came through. The Danish Brotherhood Hall also experienced much activity.

The picture changed drastically during the Depression. The bank closed in 1931, and with it several other businesses. There were no crops, no jobs, and no money. There were many “lean years.”

Although the next four decades were ones of change and growth across the country, small towns were beginning to experience “failing health.” The small branch lines that had brought life to many towns were, themselves, terminally ill. A couple more wars, inflation, and shortages took their toll. The autos that helped Elba grow were now taking people to shopping centers for goods and services.

The agricultural crises of the 1980s really hit the town of Elba hard. Once again the bank closed, and along with it the hardware store, the cafe, and a bar. Downtown Elba is no longer busy, not even on Saturday nights.

The school is still strong, and supplies a good social setting for the citizens of Elba, but the town has passed its prime and is entering “old age.”

The elevator, now known as the Farmers Grain and Supply, continues to ship grain on the branch line from Grand Island to Elba and beyond. With a population of over 200, this ol’ town can look forward to many good times yet, and enjoy the rewards of years of building and the strong feeling of belonging to something that is both worthwhile and comfortable.

Located near the middle of Howard County, people are not that far from I-80 and all points east and west. There is a lot of living to be done right here.